Chemotherapy poisons not only a body, but the life the body leads, the relationships it forms, the hopes and expectations it engenders, its entire being. 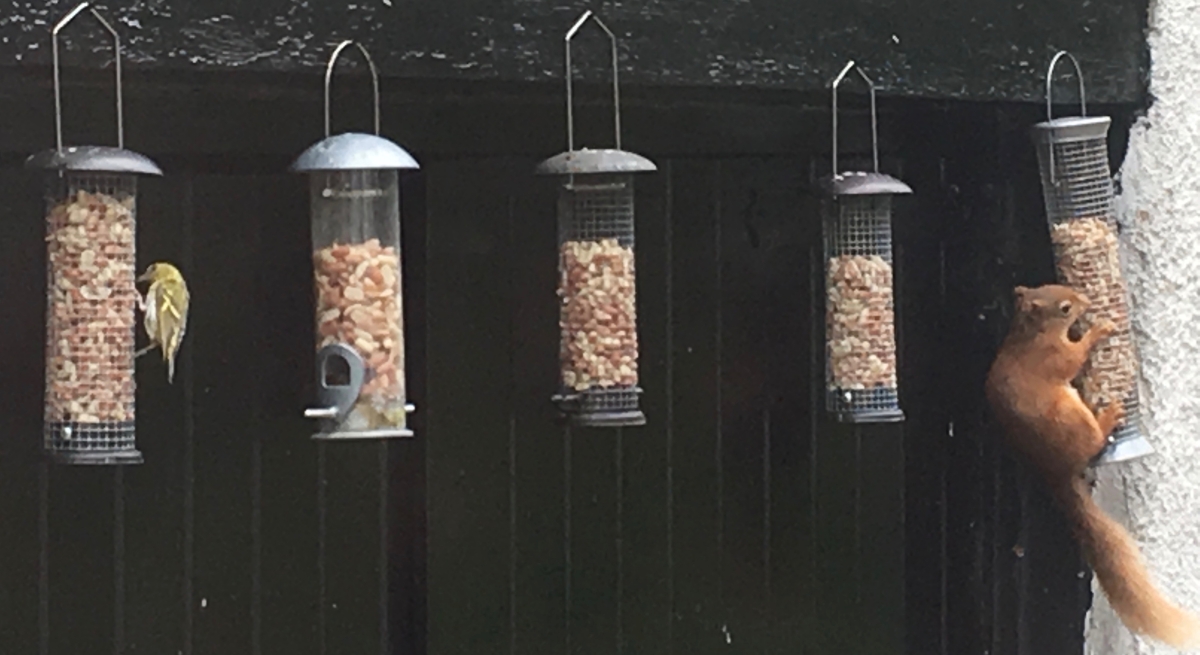 At what precise moment the last cycle of chemotherapy ends and the rest of my life begins is still not clear. Every third Tuesday since March has seen the start of a new cycle, which has by default also meant the end of the previous, so it was easy to imagine that the end of the final cycle would be three weeks after it started. As the final infusion went in, I felt optimistic, blasé almost. I gave the staff at the day unit at the Victoria a great big box of choccies and told them all that I hoped never to see them ever again – except maybe in the queue at the supermarket, where we probably would not recognise each other anyway. It was a sentiment they shared.

As I left the hospital, I could feel the poison beginning again to do its thing, but I knew that whatever hellish pain and discomfort I felt would be temporary, it would all wear off and I would never again have to go through the experience. Less than two weeks later, I felt almost normal again. The worst of the side effects had departed, the burning mouth gone, taste sensation returned, muscle and joint pains subsided. I told myself that I had only a week and a bit left on the steroids and then it really would be over, my sleep patterns might even return to normal, and although the effects of chemical castration would no doubt continue to disturb me, I figured this would be a small price to pay for the privilege of still being alive, against the odds in defiance of the initial prognosis, and nowhere near as nasty as the chemotherapy.

During the fifth cycle, I already began making plans. I was filled with enthusiasm and determination to get back out into the mountains again. I would take an extended trip into Wester Ross, firstly to bag the cluster round Beinn Dearg, then An Teallach and maybe Slioch and a couple of Fannichs before returning home. After this I thought I would concentrate on Kintail and begin at last to investigate the Mamores. I imagined would get started as soon as I began to feel better, sometime during the third week of the sixth cycle.

But none of that happened. On the day I took the last of the steroids, I was sitting in the lobby of an old mill cottage, converted into a retreat from the city, by the banks of the Crombie Water as it flows from the Braes of Glenlivet. My wife and I were offered the chance to stay here and we jumped at it because I was nowhere near fit enough to climb any mountain and we were both very much in need of a break, to get away to somewhere we could enjoy some peace and quiet, walk in ancient bichwoods and watch the local birdlife.

My body is not recovering. Chemotherapy fatigue continues to consume me; my leg muscles are screaming and can hardly manage a flight of stairs, let alone a Munro. Coming off the steroids has thrown me into a lethargic pit, which threatens always to become furious depression, and has destroyed my hitherto voracious appetite. On top of this, as the major side effects of the chemotherapy decline, the major side effects of the hormone suppressing medication become more palpable. Every month I suffer an extreme flu-like reaction to the subcutaneous injection, the site of which on my stomach remains a painful bruised lump for more than a week, and hot flushes dash any hope of a good night’s sleep. The side effects of Degarelix are similar to those of Decapeptyl, but more intense; the flushes are more frequent, albeit more random, and temperature regulation is more finely balanced – always I am either too hot or too cold. And of course my motivation is not assisted by testosterone.

I cannot help but wonder if the chemotherapy was worth it. It was a hard slog. Not only for me, but also for my wife. And it continues. I am beginning fully to understand what is meant by cumulative. Undoubtedly the chemotherapy is still doing what it is supposed to do; my PSA has now dropped to only 1.1 from 1.7 less than four weeks ago and there is no sense at all of any pain or discomfort at any of the sites tumours invaded my bones. But even apart from the regular side effects and all the other stuff, there has been much collateral damage. Chemotherapy poisons not only a body, but the life the body leads, the relationships it forms, the hopes and expectations it engenders, its entire being.

No doubt it is all physiological. This feeling that my mojo has been obliterated is simply an effect of the absence of testosterone combined with the sudden removal of steroids, which I now see to have been responsible for keeping my head above water during the worst of the chemotherapy lurgy. So I have to do what I do; overcome it all using the power of my mind. After all, if I look back I can see that there have also been great benefits to my life during this intense period of medication, which started not with the chemotherapy, but with my hospitalisation half way through last December, and which is now coming to an end. For a few days I dropped my daily medication down to only the Tamsulosin capsule, but I discovered quite quickly that although I do not need the stuff to kill any pain, I am not quite ready to endure withdrawal from Oxycodone, not along with all the rest. So I decided to maintain a small daily dose simply to avoid the effects of not taking it. One day I will come off it. 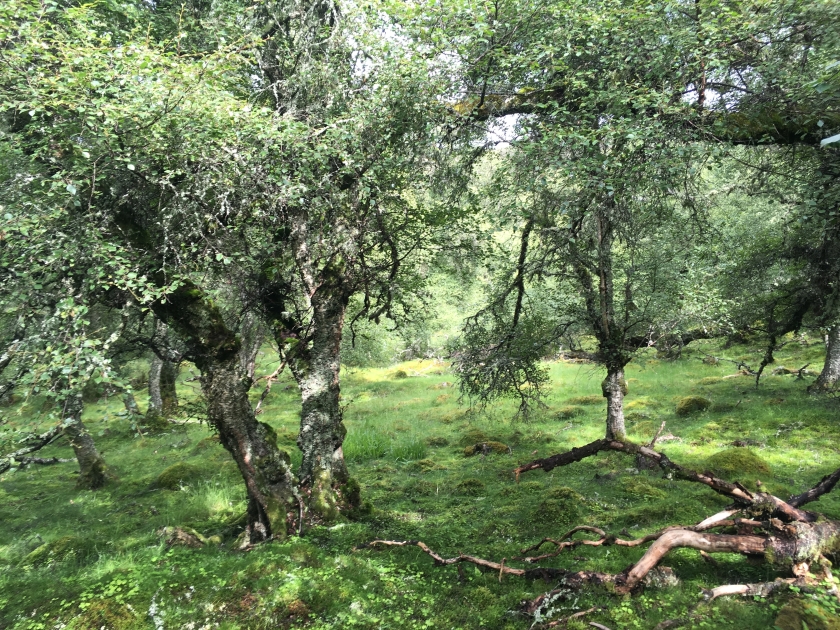 I have undoubtedly learned a great deal during these last seven months; certainly I have written a great deal and I believe I have developed myself as a person. So I guess I should hold onto this as I look back at these six cycles of hell. I approached cycle one like a new adventure and entered with a positive attitude; during this I wrote a plea for action against the emerging extremism, and at the end I climbed a small Munro. Cycle two was a familiar trudge, during which I saw the death of a friend (from a version of the disease) and wrote a lengthy philosophical account of myself, and which again culminated with a trip into the mountains for another two Munros. Cycle three was horribly familiar and became boring quite quickly, but I was able still to get out at the end and up a couple of Munros, where I encountered the daily reality of the Scottish killing fields. Although cycle four was so hellish that I barely had time to recover for the next infusion, I documented the first week in detail and got a wee bit political at the end. Cycle five was less hellish and I completed a piece about revolution that had been rumbling inside for a while, but the underlying lurgy of fatigue, lethargy and depression became progressively more insistent.

From each of the previous cycles I learned valuable lessons about what it means to be alive. I guess cycle six is where I take these lessons and learn at last to get it right. With the promise of between eighteen and twenty-two months in addition to what nature has in store for me, surely now it is time at every moment to conduct myself mindfully, according to principle, without allowing myself to be overwhelmed by forces I cannot control. Time to make a difference, to leave my footprint in the sand. But first I have to get my body into gear, to push through the indifference of laziness and properly prepare for mountains.

For the last months I have have had to ground my writing in a different way from what I have been used to, in history, in the ridiculous, distasteful politics of these times, where it appears that even intelligent, apparently compassionate and self proclaimed democrats create conditions and engage in rhetoric guarantied only to divide, to turn peoples and nations against each other and perpetuate a myriad of delusions. These are very interesting times indeed, but without the perspective offered by mountains, it is easy to get bogged down in a perpetual quagmire. In any case, I much prefer writing about being in the mountains and weaving the philosophical and political stuff into my tales. So I really must find the end of the cycle, stop waiting for it to happen and just get on with the rest of my life. I have work to do. Maybe today will be the day. 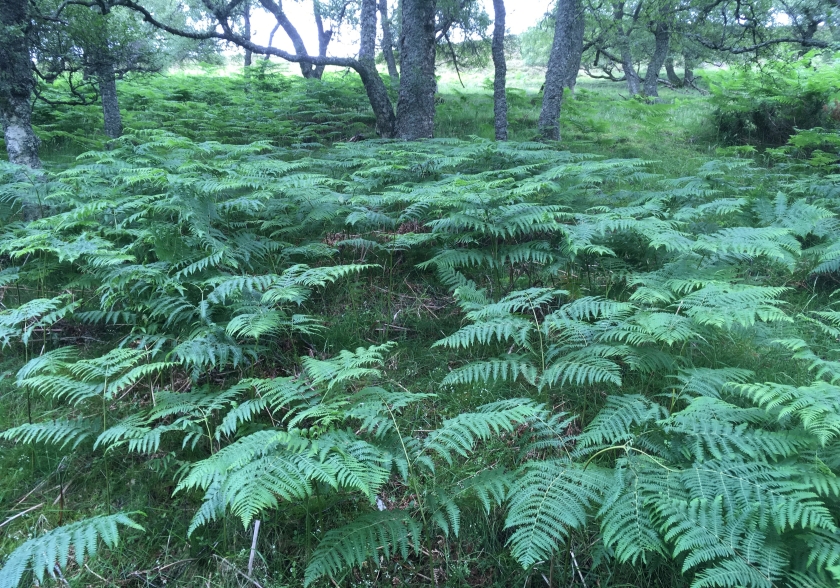 5 thoughts on “Cycle six and the rest of my life”