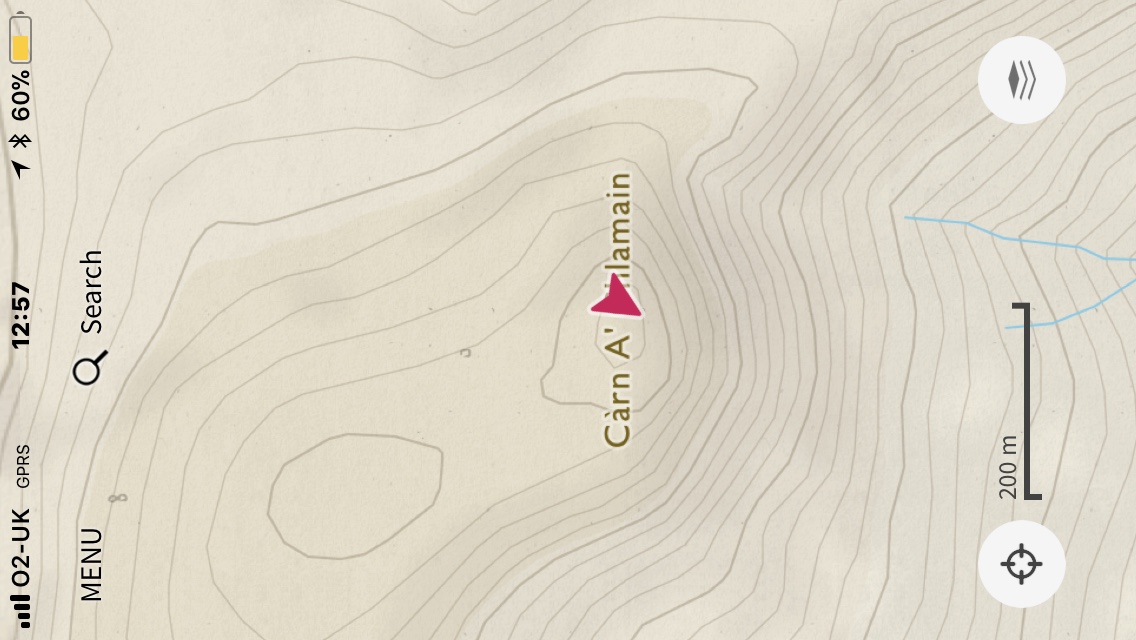 There is no better way of preparing for an oncology appointment than climbing a mountain. Even although the forecast was not excellent and did not have a high degree of confidence attached to it, I was determined to get out and up, not to see the view necessarily, nor even to tick the box, but to push myself against my own limits, so I would become aware again that no matter what my oncologist might have to say the next day about the future, I would know that now I am very much alive.

The walk from Old Bridge of Tilt to the base of the mountain is nearly six miles. I left at 8:30 following the estate road along the gorge, through mixed forest and rough pasture, under the watchful eye of assorted livestock. Clouds hung in layers, clinging to the trees, the ground frozen and partially still covered with old snow. Even from below, on the plateaux, a dense snowpack could be seen covering all but the most jagged of protruding rocks and barest of ridges. Turing the corner into the length of the glen, Beinn a Ghlo was up ahead, white right down all its shoulders, spindrift dancing along the summits, only the dim morning sunshine distinguishing its bulk from the background of sky.

At the start of the path up the mountain, I rested in preparation. I still hoped that there might be sunlight at the summit, it was early enough in the day for this fog to disperse. I hoped too for crisp snow and easy walking on the ascent. As I sat, a young man came round the corner heading the same way as me. We chatted awhile before he went ahead. On the way up we passed each other several times until, at the point I could see him disappearing into the mist, I accelerated to catch up with him, so we could walk together – in these conditions it seemed to make sense not to be alone.

For a while we followed the line of the path that goes all the way to the top, stepping in the footprints of others rather than sinking into the snow to make new ones. As we ascended, the snow firmed up slightly, but never so we could walk over it. At length the line of the path disappeared. In spite of intermittent glimpses of daylight, the mist continued to drain all colour, contrast, depth and perspective. The only tangible reality was beneath our feet, crunching upwards through deepening snow. The air was still. Then suddenly the footprints came to a stop and appeared to turn back. There was a slight moment of fear. We remained calm, and got out map and compass. The line we were following – slightly east of north – would take us to a round ridge which we should follow in a north westerly direction to the summit. To be sure of where we were, I consulted the very excellent OS Locate app to provide us with an approximate grid reference, by which to place us on the map. At which point I noticed there was a full 4G signal and remembered the even more excellent OS Maps app which provides open access to topographical reductions of both the Landranger and Pathfider series – very useful indeed.

For a moment both of us thought it woud better to turn back. We were completely immersed in white with absolutely no visual reference points. But we stopped to think about it. I had some soup from my flask, my companion ate sandwiches. He asked if the OS app was reliable, I said I had never relied on it but had always found it to be as accurate as the GPS system on the phone. I compared the readings with my compass, took another bearing and we proceeded. The next hour or so we navigated entirely by following a blip on a screen. From time to time it was possible to make out very slight contours in the alleged landscape, sometimes we felt rocks under our feet, but there was nothing to be seen but white, the only sensation was of the gradient and the quality of the snow. I suspect that we veered too soon from north for we encountered rather steeper slopes than I had anticipated. But it was difficult to know, sometimes even the gradient became deceptive. At last I could make out a triangular difference ahead of me in the quality of the white, from which I took to be the horizon of the summit. I looked back to see my companion leaning on his poles, evidently wearying. I imagined I could see the sun above the cloud and indicated to him that the summit was very close.

The cairn was iceclad. We walked around it to make sure there was a decent descent on all sides. The ground beneath our feet was thick with hard packed snow. Not a rock could be seen. We checked the altitude and map reference offered by the apps with the map and decided that this could be nothing but the summit. We sat a moment, pleased with ourselves, glad that this accidental fellowship should have brought us to this place – for it is unlikely that either of us would have made it up here alone in these most extreme conditions. My companion was most emphatic: had it not been for the company, he would have retraced his steps. I was a little less sure. I needed to do something awesome before meeting my oncologist; perhaps I would have gone on alone, for I had wanted to be alone today, to have some me time in preparation for the next encounter with medical science. But we will never know. In any case, I was very glad of the company – not only because it took me to the top of the mountain, but also because it was good company.

Since our ascent had been steeper than expected, we decided to follow a bearing towards gentler slopes on the way down, but after only a few meters we came upon our own footprints again and decided that it would be more sensible simply to follow these down the hill than to navigate. We emerged again out of the cloud into the world of visible sense at about two and a half thousand feet, still ankle deep in snow. Back at the track along the floor of the glen, we recuperated before the six mile walk back to the carpark. The weather was closing in. On the way it began to rain. We were back just before five, making a round journey of just short of eight and a half hours.

I have now climbed to the summit of a Munro in every one of the last fourteen months, I have taken my total to 138 since the diagnosis – within striking distance of half way, I navigated for the first time using an electronic device, and I persuaded myself that I had nothing to fear from my forthcoming conversation with my oncologist. For I know how I feel. I am well. I know how to look after myself and I am still capable of pushing back the limits of my existence, expanding my experience and being very much alive – even in the harshest and strangest of environments.

Thanks to Luke for sharing an awesome day out. 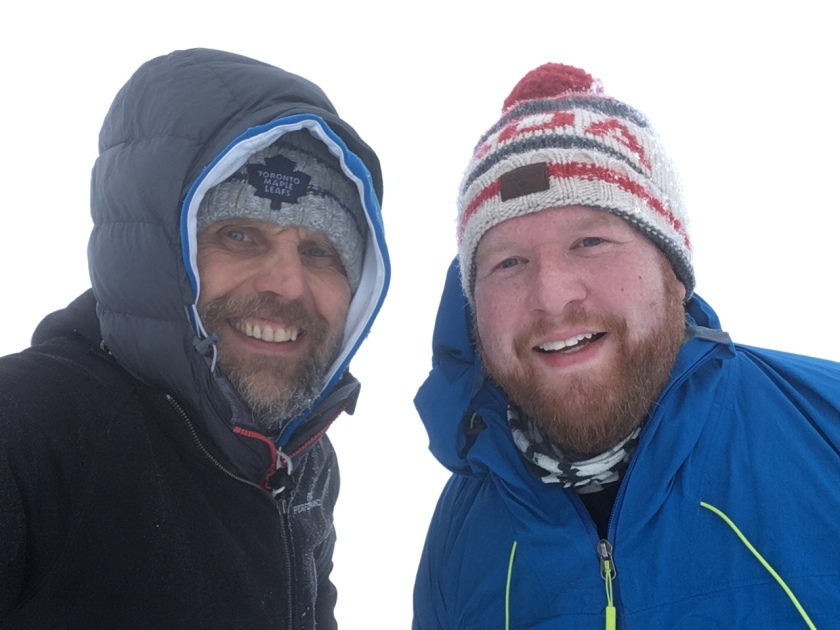 Join 332 other followers
Follow It's shite being Scottish on WordPress.com