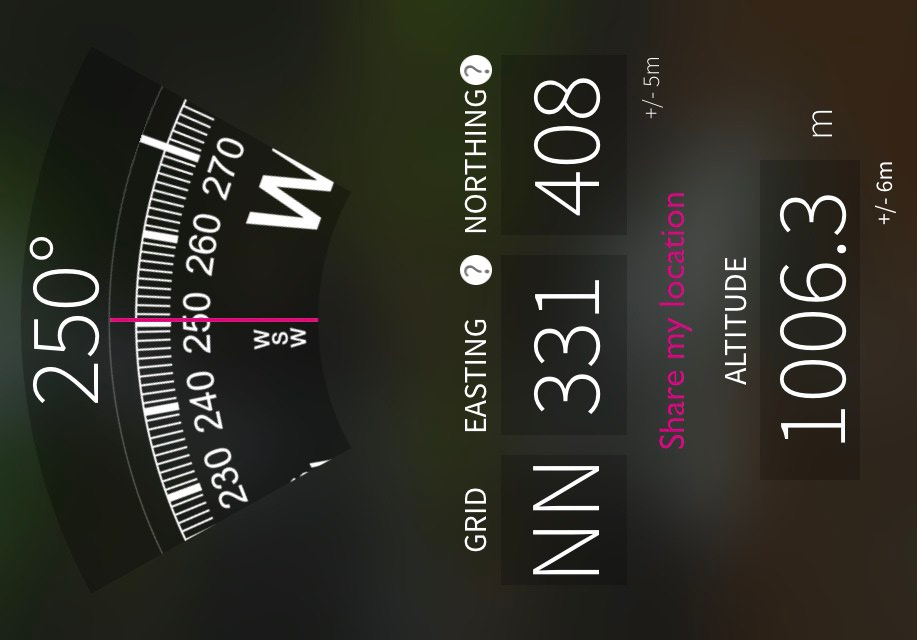 This screenshot of location and altitude, as displayed by the very fine OS Locate app, was about all that was visible here. It was also windy, cold and wet with a drizzle of soggy spindrift and hill fog. So we did not tarry. We thought there might have been shelter somewhere in the lee of the wind at the top of the cliffs on the northern edge of the summit, but it was impossible to discern any features at all, so we took a bearing and descended in search of shelter. It had been a hard, though rewarding slog, following the footsteps of others through squishy snow, under perspective destroying gloom with the hope of sunlight breaking through at any moment. The way down went much the same way.

At the beginning of the year I met a man and his dog on the way up Ben Dorian. Both of us were intending to climb its neighbour Beinn an Dothaidh that day too, but were defeated by energy sapping wind and bitter cold. During the summer we struck up a friendship as we climbed Bidean nam Bian and he guided me along the Aonach Eagach. Today we completed the Orchy pair.

The weather looked good on the drive through Glen Dochart, with strange temperature inversions and banks of cloud hanging at random altitudes. On the way up the path, just at the point where we first met, beside a large boulder, we entered the gloom, and on the way back down, at the same boulder, we came out of it. Only lingering sunlight, garnishing the tips of the Etive Hills in the distance, and the browns and darks ochres in Glen Orchy below gave any sign that the world was anything but monochrome.

The thaw was evident as we crushed through ice that in the morning we had to avoid.

Behind us the cloud looked like it was dispersing, with a distinct tinge of blue behind cliffs hanging with icicles. 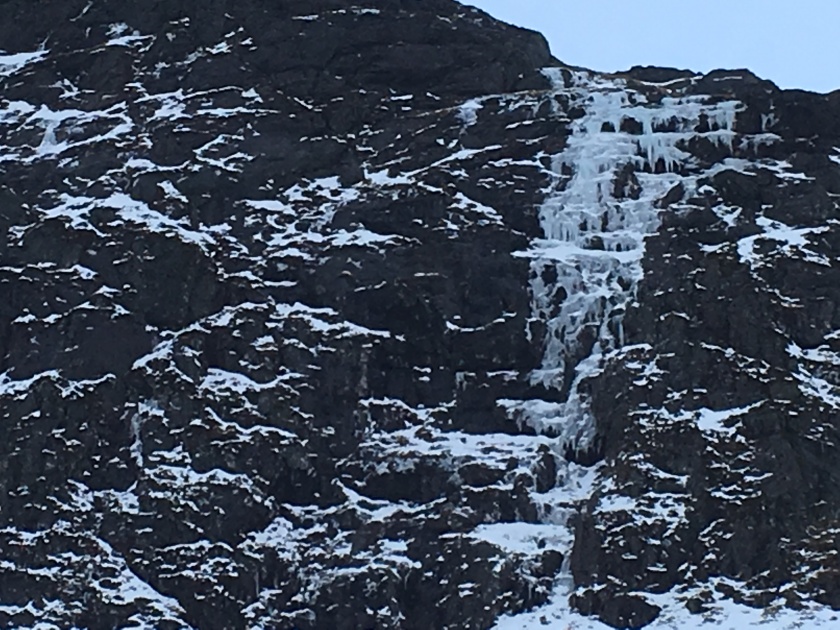 Further down the path, looking back up, both peaks were now clear of cloud. One of the most frustrating things about Scottish weather. Never mind. The days are getting very short now. Probably my last Munro of the year. Probably.

Many thanks to Martyn and Col the dog for excellent company in the hills this year. Looking forward to more adventures in the year to come.