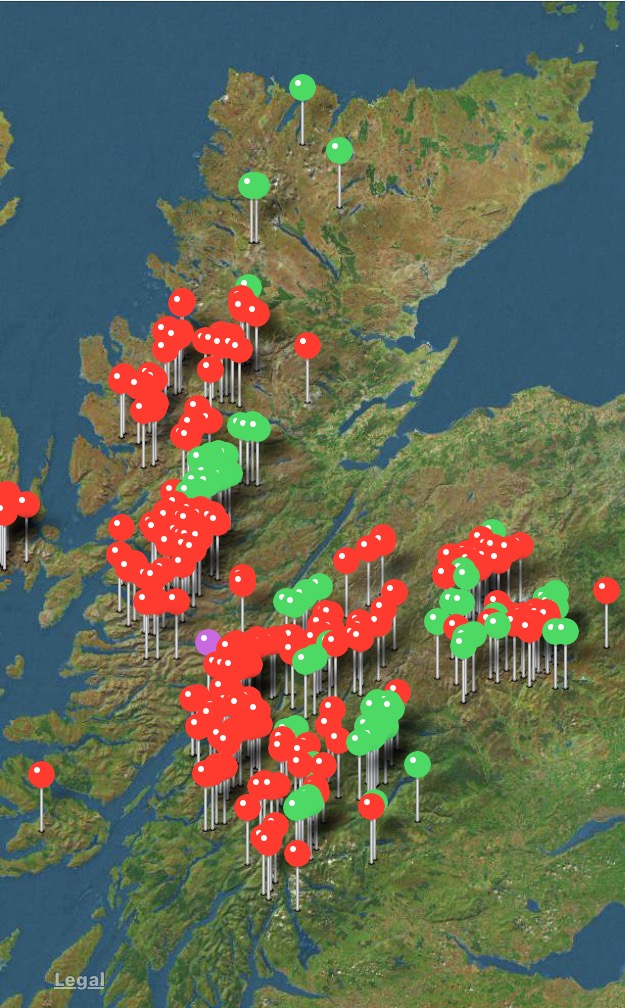 It is now exactly two years since I took up climbing mountains again after returning to live in Scotland while still recovering from radiotherapy. In that time I have reached the summits of 70 Munros, which is nearly a quarter of the total number of 282. If I include the 25 others I climbed in my youth, my tally rises to 95, which is a little more than a third of the total. This gives me pause to reflect and look back.

During the last two years  have spent about 40 days in the hills and reached summits on 34 separate dates. This is an average of two summits per climbing day. I climbed 18 in 10 single days out; 18 on 5 trips with one night out; 14 on 4 expeditions with two nights out; 3 on an expedition with three nights out; and 17 on 2 expeditions with four nights out. Which is a total of 24 nights out in the hills at altitudes ranging from a few hundred meters to nearly a thousand. The average height of these 70 summits is 1033 meters.

I have concentrated my efforts to the south of the Great Glen, within reach of where I live in Edinburgh, especially in Perthshire and Atholl which I know very well, although I have also made two forays into the far north. I have yet to get to the islands and to the great mass of peaks between Loch Lomond and Fort William, nor into the wildernesses of Knoydart, Fisherfield, Torridon and Fannach. But I have seen them all! 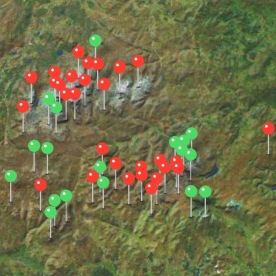 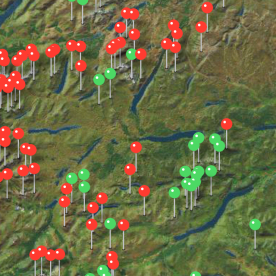 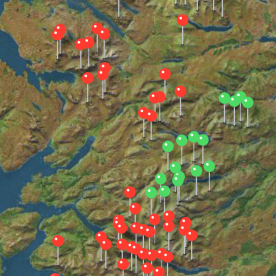 I have stood on peaks from north to south and east to west, from which I have been able to see the entire country. I have seen the same distant hills from many viewpoints. I have looked out to summits that I have recently climbed and to seek out routes for future expeditions. I have been to quiet secret places, off the beaten track, and to popular busy places. I have experienced rain, sunshine, heat, snow, sleet, wind and midges. I have walked over rocks, bogs and pastures, through forest and heath. I have seen ravens, eagles, peregrines, ospreys, owls, kites, ptarmagan, dottrel, grouse, herons and innumerable finches, pipits, warblers, larks and thrushes. I have also seen snakes, salamanders, frogs, toads and lizards. The only large mammals to be seen are deer and domestic sheep – which I have seen in profusion, but I have seen assorted small rodents and evidence of pine marten, otters and wild cats.

This country is a treasure and I have so much more of it to see.

One thought on “Some statistics so far”